Microsoft Touts $39.8B in Returns During Annual Shareholders Meeting 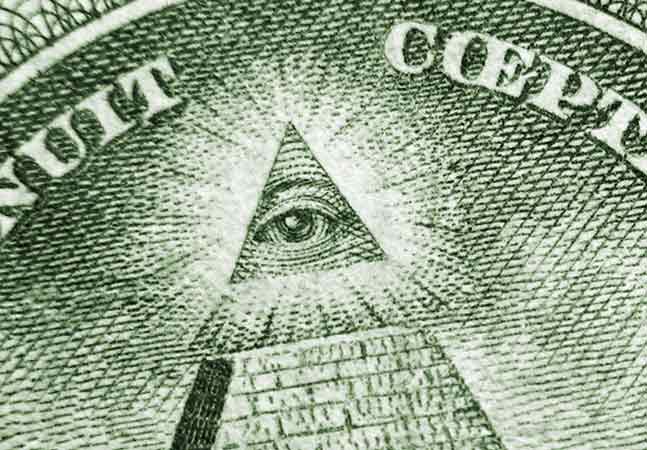 Microsoft’s Annual Shareholder Meeting voting results were reported on Tuesday, bringing in a new board member, financial stats and vision, plus down votes on most of the social reform proposals.

Added to the 12-member board was Carlos Rodriguez, CEO at ADP. The only social reform measure to pass was a proposal by Arjuna Capital for an assessment of Microsoft’s workplace sexual harassment policies. It passed with 77.97 percent of the votes per Microsoft’s Securities and Exchange Commission Form 8-K. Natasha Lamb, a managing partner at Arjuna Capital, cited inadequate past actions by Microsoft, as well as sexual harassment allegations against former CEO Bill Gates, in introducing the measure. In public comments for the meeting (per a Nov. 30 transcript), Brad Smith, Microsoft’s president, pledged that Microsoft would share its sexual harassment data publicly, instead of just internally within Microsoft. A “third party” will be brought in to investigate cases, he added.

Smith also shared recent data, indicating that nearly half of the sexual harassment claims were verified by the company. Microsoft had 51 complaints in fiscal-year 2021 and 142 complaints in the prior fiscal year.

A shareholder proposal for Microsoft to end facial recognition technology sales to all governments, proposed by Harrington Investments, failed with just 4.05 percent of shareholders supporting it. In its proxy materials, Microsoft claimed the measure was too broad and would bar its Windows Hello biometric authentication solution in Windows, used to verify identities.

Last year, Microsoft described limiting facial recognition technology sales to U.S. police departments, but side-stepped doing so in the case of government agencies, such as the U.S. Drug Enforcement Agency, where its solutions were actively marketed.

Shareholder Stats
Plenty of stats were dangled before shareholders during the meeting session.

Amy Hood, Microsoft’s chief financial officer, said that Microsoft “returned $39.8 billion to shareholders last year in the form of share repurchase and dividend, which is an increase of about 13%, year over year.” Her comment was mentioned when a shareholder proposed that Microsoft split the stock, which isn’t being considered.

For this fiscal year, Microsoft is continuing its plans to acquire cloud and AI services provider Nuance Communications. Hood said that fiscal-year 2022 had a “strong start,” with first-quarter growth “exceeding 20%.”

“These results were driven by Microsoft Cloud revenue, which surpassed $20 billion for the first time, growing 36%, year over year,” she noted.

Hood briefly praised “the positive early demand signals we saw for Windows 11,” but she didn’t give any stats on Microsoft’s newly launched new client operating system.

Visionary Items
Microsoft CEO Satya Nadella revisited his recent Ignite keynote talk highlights during the Annual Shareholder Meeting. Nadella recently made the news for selling more than half of his Microsoft shares, estimated at $285 million, prior to the meeting. It possibly was done to avoid an upcoming Washington state capital gains tax law change, according to a Seattle Times report.

Nadella described Microsoft’s embrace of the “metaverse” as “the next phase of the Web and the Internet” that involves the “digitization of people, places and things” with “embodied presence.” Microsoft’s metaverse efforts first started seven years ago with the launch of the HoloLens mixed-reality headset, he added.

Source of this news: https://rcpmag.com/articles/2021/12/01/microsoft-shareholders-meeting.aspx

Migrate Lotus Notes to Office 365 in few steps - Best in Australia
Microsoft 365 aka Office 365 is getting the attention of many IT organizations due to the new advanced features and benefits it offers. It is continuously attracting small and large scale organizatio...
Coders fix multitude of vulnerabilities on the inside Apache HTTP Server instructions The Daily Swig
Emma Woollacott twenty-four September 2021 at couple: 34 UTC Updated: 24 September 2021 at 15: 35 UTC |""|class i|section i. existence|thesaurus of english words and phrases|words expressing ab...
Online exam proctoring catches cheaters, raises concerns - Inside Higher Ed
As the number of online courses and degree programs greatly expanded during the past decade, so did the number of exams administered online. Tens of thousands of online exams now are taken ...
MacOS How to Hide Your IP Address - Alphr
Disclaimer: Some pages on this site may include an affiliate link. This does not effect our editorial in any way. Websites keep track of your IP address for various reasons, and in most cases, it’s n...
Rights group says website attacked during commemoration of killings - Philstar.com
MANILA, Philippines — Local human rights watchdog Karapatan on Thursday decried renewed cyberattacks against its website at karapatan.org. In a statement, the rights group said this ca...
Ways to Hide IP Address 2022 Point - BollyInside
This tutorial is about the particular How to Hide IP Address. This article will try our best so that you understand this program. I hope you like this blog How to Stash IP Address . In the eve...
Form N-PX SSGA Active Trust For: Jun 30 - StreetInsider.com
Sean OMalley, Esq. c/o SSGA Funds Management, Inc. Item 1. Proxy Voting Report ============== SPDR DoubleLine Emerging Markets Fixed Income ETF =============== There is no proxy voting activity fo...
'I let the community down' viewpoint Kaseya CEO explains the server restart was spurred back followi...
Kaseya's CEO has apologised to its customers punch by last week's cyber-attack and says the restart from the VSA servers has been stressed back until Sunday to enable extra security measures to g...
Best IP Address Changing Chrome Extensions of 2022 - BollyInside
This list is about the Best IP Address Changing Chrome Extensions. We will try our best so that you understand this list Best IP Address Changing Chrome Extensions. I hope you like this list Best IP ...
'FontOnLake' Malware Family Targets Linux Systems - Dark Reading
A previously unknown malware family dubbed FontOnLake is targeting systems running Linux, ESET researchers found. FontOnLake uses "custom and well-designed modules, " malware analyst Vladisla...
Adelaide password management software firm injured by supply chain approach - iTWire
Australian company Click Ateliers has warned users of enterprise password manager Passwordstate that a supply chain ravage may have led to their customers' password records being took in. The c...
Dallas Invents: 119 Patents Granted for Week of April 27 » Dallas Innovates - dallasinnovates.com
Dallas Invents is a weekly look at U.S. patents granted with a connection to the Dallas-Fort Worth-Arlington metro area. Listings include patents granted to local assignees and/or those with a N...
MECHANIC TALK WITH MIKE: Use CloudFlare to speed up your business article - Goshen News
There are three key elements who will be important when finding a hosting server for your business website: speed, security and scalability. The best website can boost website positioning, impro...
Israeli study on viral load, Delta infections, vaccinations and boosters - News-Medical.Net
Scientists from Israel have recently explored the effectiveness of two-dose and three-dose regimens of the BNT162b2 coronavirus disease 2019 (COVID-19) vaccine (Pfizer/BioNTech) to reduce viral load ...
Proxy Chrome Extension – Installation Guide - Alpha News Call
A study conducted in 2018 revealed that approximately 26% of global internet users hide behind a virtual private network (VPN) or proxy while on the internet. While the percentage has grown signific...
Fix Epic Games connection error, issues and problems on Windows 11/10 - TWCN Tech News
This post lists some general fixes for Epic Games connection errors, issues and problems on Windows 11/10. You may, sometimes, encounter connection issues while playing Fortnite or signing into the E...
How to use NGINX as a reverse proxy for Apache - TechRepublic
Jack Wallen walks you through the process of setting up NGINX such that it will direct incoming port 80 traffic to Apache, listening on port 8080. NGINX is an incredibly fast web server. Apache is ...
How Attackers Exploit the Remote Desktop Protocol - Security Intelligence
How Attackers Exploit the Remote Desktop Protocol <!-- --> The Remote Desktop Protocol (RDP) is o...