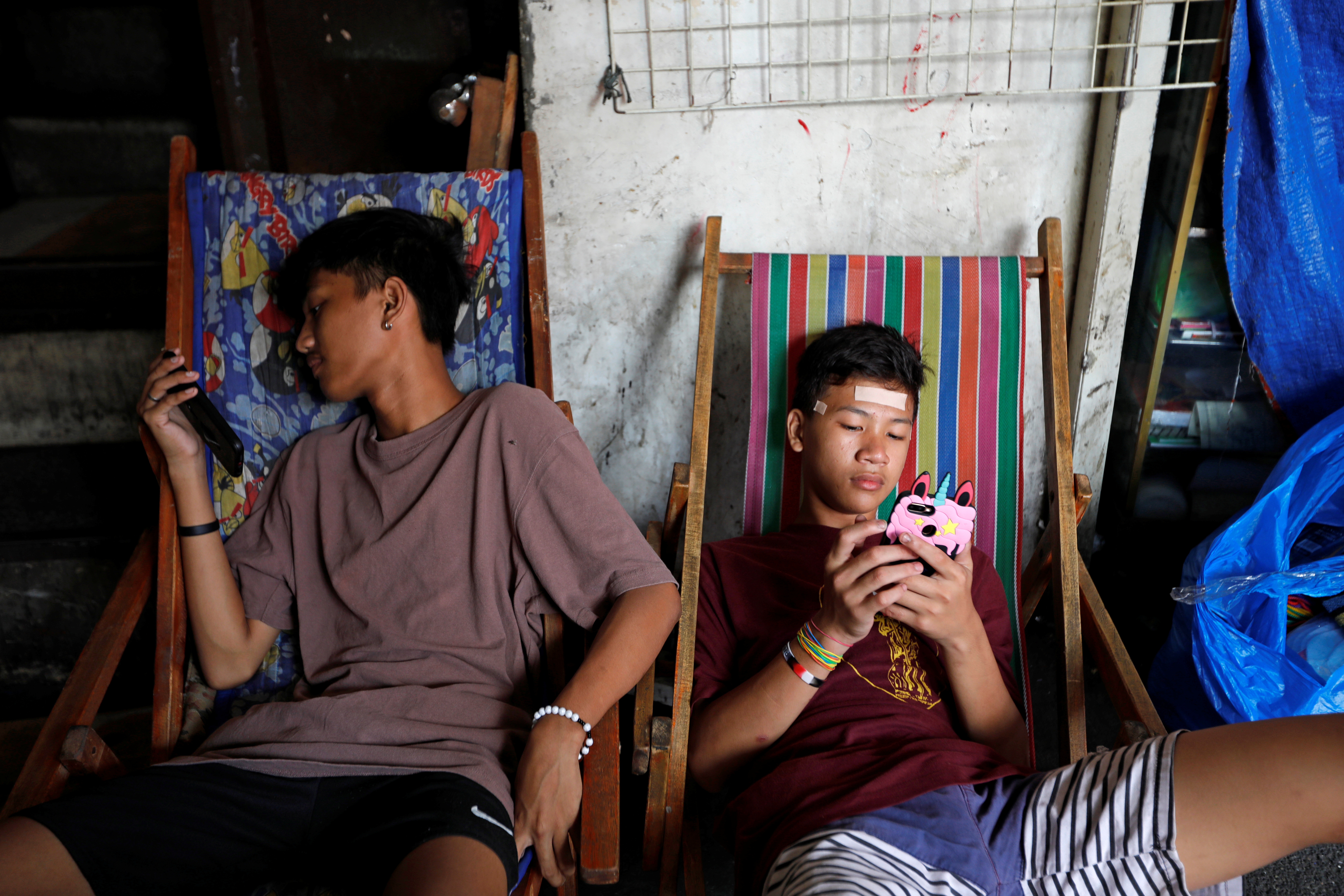 Last year, Facebook started a program called Discover, which builds on its Free Basics internet accessibility service. It offers users in some countries an allowance of free daily data to access any website through the mobile web and an Android app.

Discover simplifies web pages by running them through a proxy server. It removes video and audio streams, as well as some images. However, a new paper suggests Discover favored Facebook and Instagram.

The researchers found that Discover rendered Facebook and Instagram with “their features nearly intact, while other sites become broken or difficult to use.” Messaging didn’t work on Instagram, but it did on Facebook. “On both Globe and Smart [networks used to test Discover], images on Facebook and Instagram appeared, while most or all images were redacted from every other site we encountered,” the researchers wrote. “On a few sites, images appeared only for advertisements.”

According to the paper, Facebook was deemed fully functional, as were Google, the Philippines Department of Education website, job portal Jobstreet and the World Health Organization’s site. Instagram, YouTube and Yahoo (owned by Engadget’s parent company Verizon) were among those listed as semi-functional. Netflix, Roblox and Twitter were found to be non-functional. It wasn’t possible to create or log into accounts on some sites, partly because Discover often blocked images in CAPTCHA tests.

Facebook told Rest of World, which first reported on the study, that it didn’t mean to favor its own services. It attributed that to a technical error which it said has been resolved. It’s impossible to check that every site is rendered properly through Discover because of high volume, a spokesperson said.

“As this report identified, there was a proxy error in the Discover app that resulted in inconsistent image loading across many websites that load images involving HTTP redirection,” the spokesperson told the publication. “​This was a technical error that has since been resolved and all websites are being proxied the same as intended.”

Regardless of whether Facebook favoring its own services was intentional, net neutrality advocates may take issue with Discover, as might those who’ve suggested the company is using it to onboard Facebook and Instagram users in developing countries. These aren’t necessarily new issues, however.

India blocked Free Basics in 2016 over net neutrality concerns and Egypt followed suit soon after when Facebook refused to enable government surveillance through the service. Citizen media nonprofit Global Voices criticized Free Basics in 2017 for failing to work properly in multilingual countries and only supporting a limited selection of websites, mostly originating in the US and UK. As such, users weren’t able to access local services and information that might have been more beneficial to them.

All products recommended by Engadget are selected by our editorial team, independent of our parent company. Some of our stories include affiliate links. If you buy something through one of these links, we may earn an affiliate commission.

Source of this news: https://www.engadget.com/facebook-discover-internet-app-study-instagram-philippines-192248636.html

You do not be able to run Windows 5 without a webcam - WindowsReport. com
by Vlad Turiceanu Editor-in-Chief Obsessed with technology, Windows, and each thing that has a power button, that he spent most of his a period of time developing new skills and beco...
What's new with the Settings app on Windows 11 - Windows Central
Source: Windows Central Windows 11 also comes with a wholly redesigned Settings app that accounts for a large percentage of the visual changes in this new OS. The new application features an updated ...
The Stock Market Is At An Important Inflection Point - FX Empire
Within my latest piece discussing the merits of deflation, I briefly touched on how several leading economic indicators appear to be signally growth may have peaked for the time being. Whilst these b...
Why Should You Use Residential Proxies? - TheNationRoar
Source: wonderfulengineering.com Proxies are widely used in today’s business matters that are carried out online. The main question to ask is not why that is the case but rather why you are not using...
Night Broadband UK ISP Dieters Struggling to Access Ionos Net UPDATE7 - ISPreview. this really is. u...
Customers and are generally UK ISP Sky Broadband (Comcast) are this morning stressed to access any websites visible by large internet hosting steady Ionos , which also happens to feature IS...
Littoral Combat Teams Need Light Infantry, Not Less | - USNI News
The Marine Corps continues to evolve to deter and, if necessary, defeat Chinese aggression in the Pacific. Force Design 2030 has placed a new emphasis on Marines as forward sensors for maritime and l...
Congressman has COVID after communicate 2 vaccine doses the reason why New York Daily News
A trio of Democrats — Agent. Bonne Watson Coleman of New Jersey, Rep. Pramila Jayapal of Washington, and Rap. Brad Schneider of The state of illinois — tested positive for just a virus earlier ...
Trend Electronics : Annual Report 2019-20 - Marketscreener.com
30th 2019 - 2020 TREND ELECTRONICS LIMITED (A COMPANY UNDER CORPORATE INSOLVENCY RESOLUTION PROCESS) RESOLUTION PROFESSIONAL REGISTERED OFFICE Mr Divyesh Desai 20 KM...
Trend Electronics : Notice of Adjourned 30th AJM - Marketscreener.com
Trend Electronics Limited NOTICE OF THE ADJOURNED 30TH ANNUAL GENERAL MEETING The Hon'ble National Company Law Tribunal ("NCLT"), Mumbai Bench, vide its order dated September 25, 2018 ("Or...
Very next Article Shotcut 21. 05. 18 - Neowin
Shotcut is a free, open source, cross-platform video editor for The computer, Mac and Linux. Fundamental features include support for wide range of formats; no significance required meaning nativ...
iOS 15: Here are the new privacy and security upgrades you'll get - Tom's Guide
Apple has tossed a lot of privacy and security upgrades into iOS 15, including on-device speech recognition, a code generator for two-factor authentication and an email feature that masks your networ...
Microsoft-exchange Server ProxyShell Attacks: MSSPs and MSPs Must Morceau Vulnerabilities - MSSP Not...
by Person Panettieri • Aug 01, 2021 Cyberattacks against on-premises Microsoft Exchange Server email equipment continue. MSSPs and MSPs that monitor, manage, endure and/or secure the email devi...
How to prevent users from changing proxy settings on Windows 10 - Windows Central
On computing, a proxy server sits between a device and the internet to retrieve web data on behalf of the user. Usually, there are three reasons to use a proxy, including privacy, speed, and traffic ...
Microsoft Exchange server being hacked by the new LockFile ransomware - Illinoisnewstoday.com
A new ransomware gang, known as LockFile, uses a recently published ProxyShell vulnerability to encrypt a Windows domain after hacking into a Microsoft Exchange server. ProxyShell is the name of an ...
How to Fix Netflix Error Code NW-3-6 2021 Tips - BollyInside
This blog is about the How to Fix Netflix Error Code NW-3-6. We will try our best so that you understand this guide . I hope you like this blog How to Fix Netflix Error Code NW-3-6. If your answer is...
CORRECTION FROM SOURCE: Palladium One Announces Mineral Resource Estimate for the LK PGE-Cu-Ni Proje...
CORRECTION FROM SOURCE: Palladium One Announces Mineral Resource Estimate for the LK PGE-Cu-Ni Project FREE Breaking News Alerts from StreetInsider.com! Street...
'ProxyToken' Flaw Heightens Concerns All over Security of Microsoft Exchange Web server - Dark Readi...
A new Microsoft Exchange Internet protokol vulnerability disclosed this week by  security researchers from Trends Micro's Zero Day Effort (ZDI) has exacerbated anxieties about the technology...
Fix Discord app won’t open in Windows 11/10 computer - TWCN Tech News
As a PC gamer, you may have encountered a couple of Discord errors on your Windows 10 or Windows 11 gaming rig. One of the issues you may experience is when you try to launch Discord, the app won’t j...